ASUS has a finger in every pie when you consider the PC hardware market. Motherboards, graphics cards, keyboard, mice, displays, audio, laptops, desktops, and whatever else you can imagine. With the TUF Gaming GT501, ASUS seems to have magically sprouted another finger to stick into the chassis pie. Let’s see how the GT501 fares against the competition. 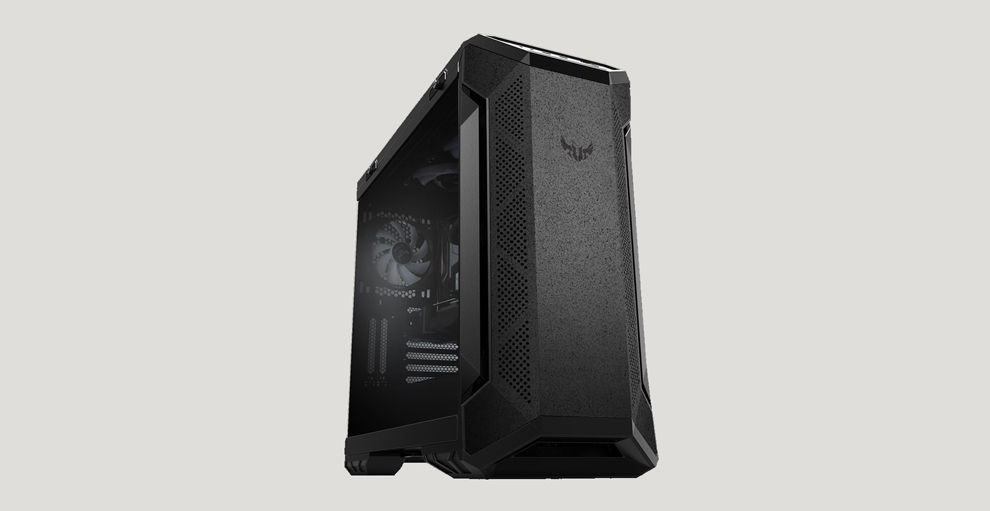 The ASUS TUF Gaming GT501’s weight gives us a very good indication of what to expect in terms of the material quality. The case is primarily built using thick gauge steel and uses plastic only at places where it doesn’t compromise the rigidity of the chassis. You’ll find it very difficult to bend any of the flat panels of the chassis. And it’s not just the weight, it even has a rather imposition stature and happens to be one of the larger cases we’ve tested. To give you an idea of its size, it’s bigger than the Corsair Obsidian 500D and even the Fractal Design Define R6. 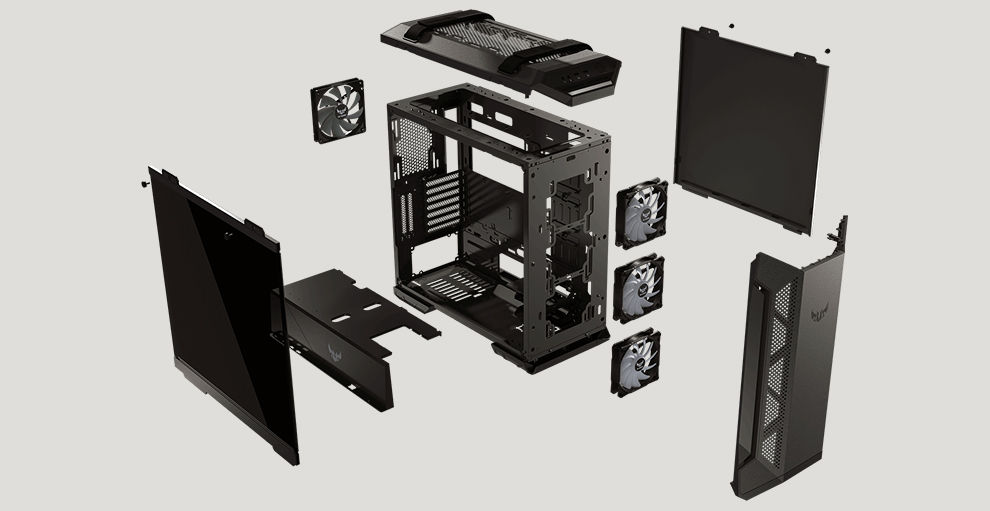 Naturally, the large chassis is very roomy on the inside and supports motherboards of all form factors from Mini-ITX to E-ATX. It’s still a mid-tower so there are still plenty of cases that are larger should you need something to fit XL-ATX / SSI CEB / SSI EEB motherboards. 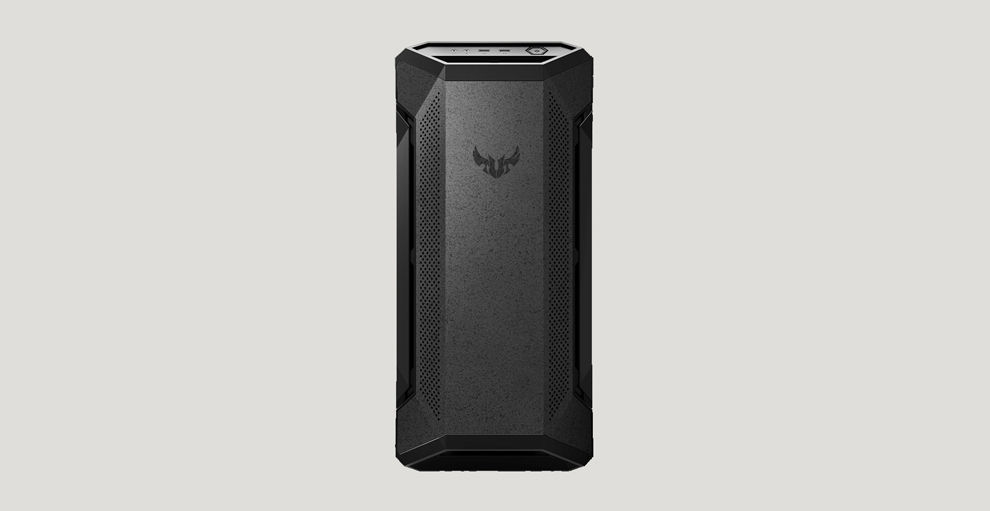 The front panel has support for mounting 2x 140 mm fans or 3x 120 mm fans but nothing for a 200 mm fan. The front panel assembly can be easily pulled apart to reveal the rigid dust filter that covers the intake vents. There are plenty of ventilation holes on the front panel so that airflow isn’t that restricted as has been the case with several similarly designed cases. On the underside, the GT501 sits a little elevated to allow for airflow from underneath into the PSU intake fan. Speaking of the PSU, there’s a shroud separating the PSU bay from the rest of the chassis and there is even a cutout in the shroud towards the front should you want to place a water cooling pump/radiator combo. 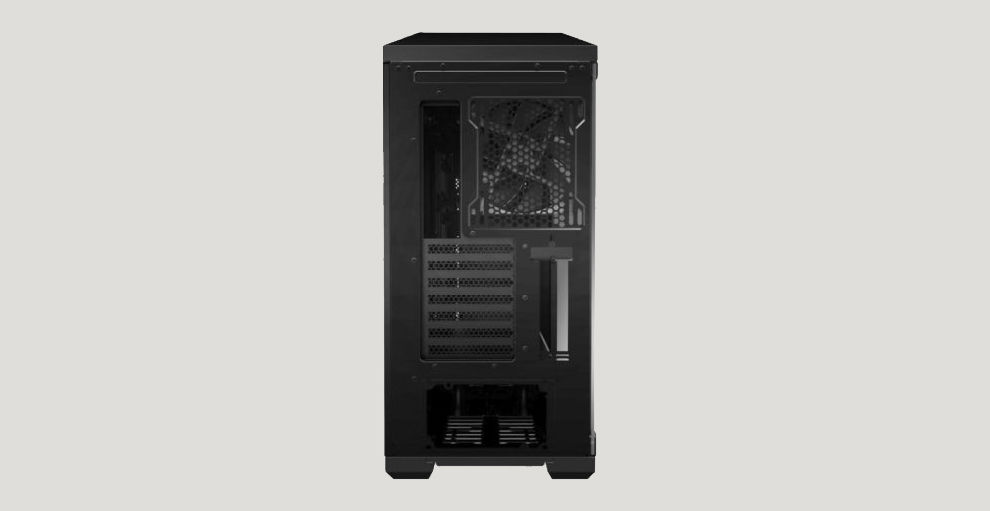 The rear of the case has the usual set of tool-less expansion slots along with two vertical slots if you ever end up mounting your graphics card vertically. 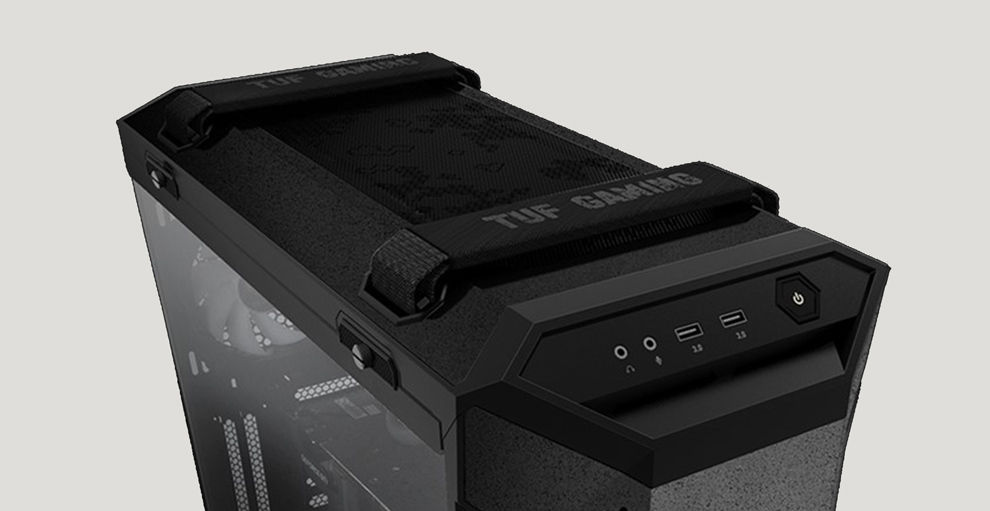 The topside isn’t easily removable but there are vents that are in turn covered by a magnetic dust filter. Also, there are two woven cotton handles to lift the cases with should you need to haul your PC to a LAN party. 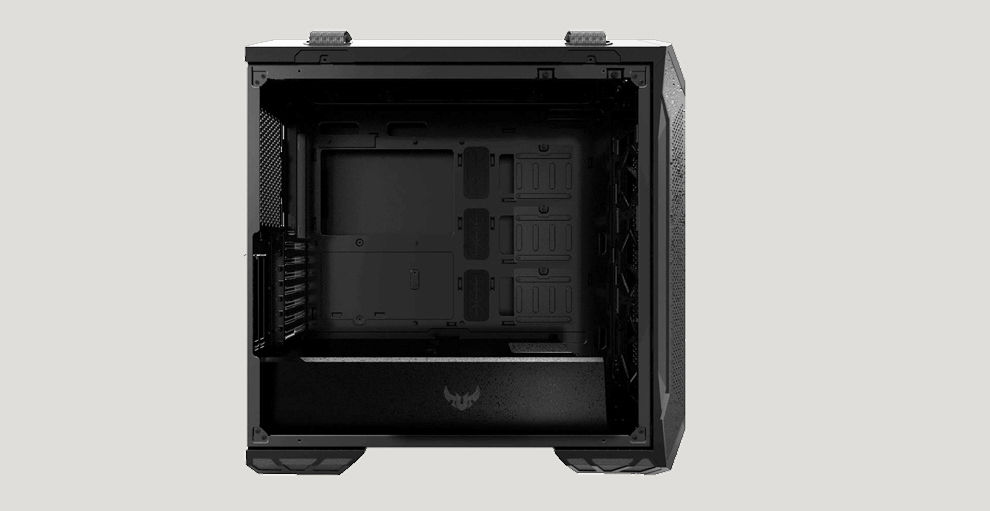 Radiators measuring 360 mm and below can be mounted on the front as well as the top. There are cutouts in the motherboard mounting plate in all the usual spots and they are well rounded without any sharp edges. The cable management options are fairly standard with slits for velcro and cable ties to be hooked onto. We didn’t find any channels or grooves like the NZXT H700. Lastly, for the computer, the side panels are locked in place with two thumbscrews at the top and there are grooves at the bottom into which the panels get hinged so that they don’t drop out violently and break. 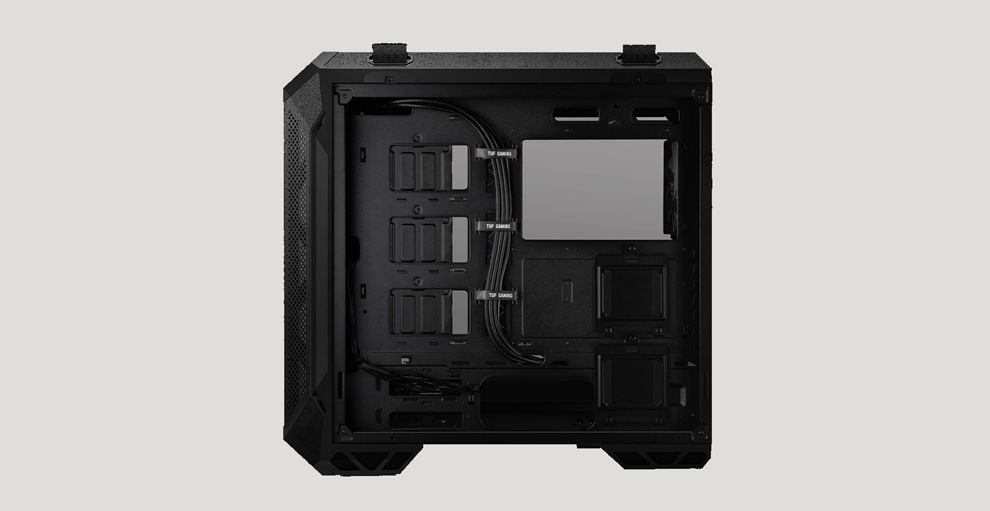 Overall, the GT501 doesn’t make any compromises with the cases but it also doesn’t come with some of the smart/IoT monitoring devices such as the NZXT CAM controller.

Being a rather roomy chassis, the GT501 doesn’t experience any struggles when it comes to cooling. On full load, the CPU zone measured at 54 degrees Celsius, the GPU zone at 69, the HDD zone at 36, and the SSD zone was at 39 degrees Celsius. This is very comparable to the Obsidian 500D. Upon dropping back down to idle, the GPU zone came down to 44 degrees in one minute and the CPU zone dropped to 41 degrees. Again, these are very good numbers for a chassis. There’s no doubt that most of this is because of the large area dedicated to vents on the case. 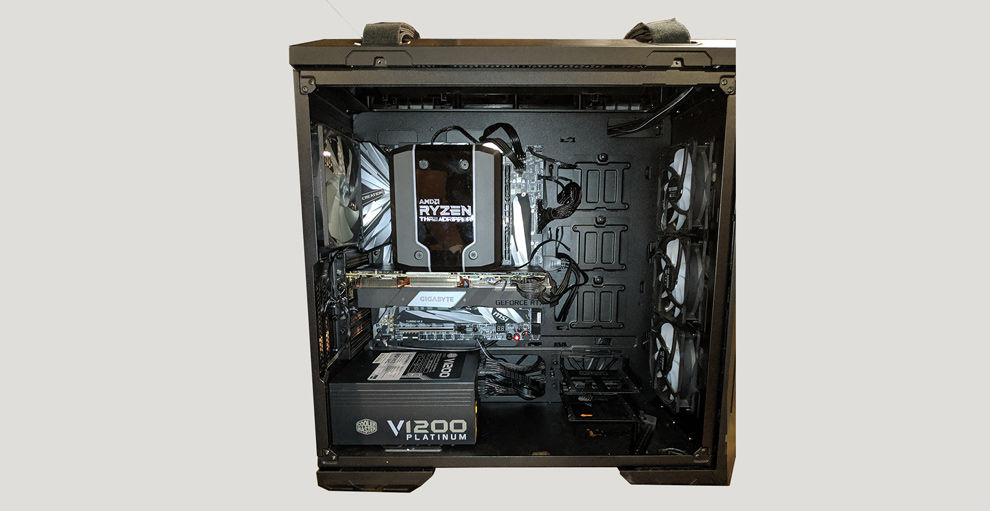 ASUS is certainly known for its prowess in building great PC components and even finished laptops and desktop machines. This new foray into the chassis category seems to be off on a great start as the TUF Gaming GT501 is not only a feature-laden and well-built case but it’s also very adept at keeping temperatures on the lower side. Given its massive size, the latter seems to be given. At Rs.13,999 the case isn’t exorbitantly priced and is competitive in the Indian market. All its lacking is a digital component for monitoring metrics but ASUS’s motherboards are more than capable of compensating for that.